You are here: Home / Why do CFOs Leave?

What does it take for a CFO to move on in their career? 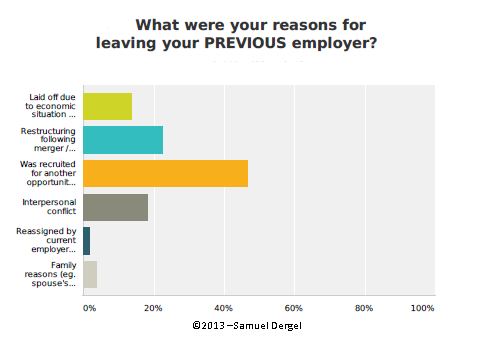 The responses shown in the graph give a good indication why CFOs leave.

What I found more interesting (and personal) was the detailed reasons given below.

Interesting food for thought, isn’t it?

What do you think about the results of this survey?