You are here: Home / A CFO Success Story: Christine Russell, CFO of UniPixel 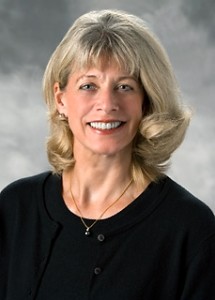 The following is from an interview with Christine Russell, recently hired as CFO of UniPixel, as announced in CFO Moves. This interview was edited for clarity.

SD: Congratulations on your move to UniPixel. What are you excited about in your new role?

CR: I have been a Silicon Valley CFO for 30+ years and I’ve been involved in all kinds of different technologies. I’ve worked in many different industries, but there is a fundamental formula consisting of three elements for success that I’ve found in my companies and if they have this formula to start with, then they are going to meet with success.

First, the company really needs to be serving a large market (in the multi-billions) and that way in your growth cycle if you’re capturing only 10% of market share, you’re still a company with hundreds of millions of dollars in revenue. I’ve never enjoyed going to companies that are targeting a niche market where you don’t need 80% of the market and you’re a 200 million dollar company and there’s nowhere to go from there.

The second criteria is the product needs to be something that’s really useful and can be differentiated in the market. It can be either technological advantages, cost advantages, usability or some combination of these. It has to be something that people really need, and not something that we need to go out and convince everyone they need. Finally, the CEO needs to be a leader – somebody thoughtful, decisive, and with a bias for action. They need to have an impeccable reputation in the industry. Someone I’m really proud to present to investors and who customers can stand beside. To me, UniPixel has all of these elements – a multi-billion dollar addressable market in touch screen devices that have both technological and cost advantages and a CEO with a deep background in display and optical and who has run public companies before with great success.

SD: How do CFOs get matched with great companies? What did you do to get to this company?

CR: I was approached for the UniPixel opportunity by a colleague who I knew in Silicon Valley for many years. He introduced me to the CEO, Jeff Hawthorne, and told me that he had worked with Jeff before and that he was an excellent and effective CEO. He told me that Jeff was respected for his deep knowledge in the display and optical industry. So a personal recommendation is extremely valuable. Always.

The way I joined my prior company was through a board member who was a committee chair who I knew from professional organizations. So again, it’s about who you know.

SD: How did you become so well networked?

CR: First of all, because I don’t really like the concept of networking, I think of people as friends. Friends help one another. I’ll tell you a little story about how I came to know some of these people, especially the gentleman who recommended me at Vendavo: I belong to a professional organization called Financial Executives International and I always enjoyed attending the Silicon Valley meetings. One day they approached me and asked if I would be willing to become the president of the organization. I was doing an IPO for a company at the time so I said I was too busy. I was set straight by one of my corporate outside lawyers. He looked at me and asked if I enjoyed going to the organization and if I found it helpful. So I said oh yeah, the people are wonderful. And he said, so when do you give back? I left his office and I immediately called up the board and told them I would accept the position. I have no idea how I did that while I was doing an IPO, but I did it, and then those people went on to become very good friends of mine and they really helped me. They help you and you help them.

CR: No they don’t, and I think they’re missing an opportunity to meet people who can be a lifetime friend and find out about opportunities that go both ways. They look out for you and you look out for them. And I will say that executive recruiting certainly has its own place. A search firm located me through my LinkedIn profile for a previous position that I held at Evans Analytical Group.

SD: If you look at the percentage of women at the CFO level, it’s not representative of the number of females in finance. What is your take on that?

CR: First of all, I think there are more women in HR and finance than there are in many other positions. I think that you have to have a certain amount of ambition and time that you’re willing to devote away from your family if you want to see the executive staff table. I was once on a panel where one of the panelists got a question asking a woman how she balanced her work and home life. Her response was you don’t. She devoted a lot of time to her work life at the expense of her home life. There is no such thing as balance. It’s a compromise. It’s what you choose to do with your life.

SD: What are your thoughts on the social discussion about females on boards?

CR: I’ve always thought that you should recruit your board by individual, irrespective of race, sex, country of origin, or anything that is unrelated to finding the best people you can who will accelerate your business. I know I’m going against the grain by saying that, but I think that a board member has to be highly qualified to be a board member. Especially in these times of challenges and activist investors. You need to have the very best qualified individual you can find.

SD: How have you as CFO managed to get the best relationship possible with the board that you had at various companies throughout your career?

CR: I have learned to over-communicate with the board. I will communicate very regularly and frequently and I wait for people to tell me “Christine, quit calling me!” Then I know that I’ve done enough communicating. I’m very transparent with them if there are problems or issues. If there is anything they don’t like about something, they can talk to me about it. But over-communication and transparency create trust.

SD: Some CFOs have said that the CEO can sometimes get in the way of effective communication with the board. What’s your take on that?

CR: I think that’s a valid comment. Just as there are all kinds of personalities of people in the world, there’s all kinds of personalities of CEOs. Some are very transparent and some are very controlling, but you’re not going to have someone become CEO if they don’t have a controlling personality. Some are more concerned about protecting their relationship with the board and trying to keep that relationship exclusive, seeing as it’s about power. More confident CEOs are able to share that powerbase with the CFO and treat them as a trusted partner.

SD: Where do you get the energy for all of the many accomplishments you have had in your career?

CR: I don’t know what else to do! I don’t have hobbies, I don’t play an instrument, and I can’t sing or dance… I’m a working cat! That’s what I do. And I’m good at it and I think as long as I have the ability to contribute and help create jobs, companies and ROI for investors, I’m going to keep doing it.

SD: What advice would you give to a young female CFO?

CR: I would say that you have to be absolutely fearless. One of the things that I did wrong earlier in my career was I thought I had all of the answers, but if you don’t get buy-in with some of the other members of the executive staff, it doesn’t really matter. Enter in the brainstorming conversations with the executives. Ask for everyone’s ideas, no matter how crazy those ideas may be. Create a common mind rather than coming in with all of the answers. Shut up and ask others what they think!

SD: What are you most excited about in your new role?

CR: I’m really excited about this being a pivotal time for UniPixel. We just acquired the Atmel touch film technology and the production facility in Colorado Springs. We are combining the best aspects of the UniPixel technology that we worked on with Kodak and the Atmel technology to come up with something that is more than just one plus one. I’m also very excited about the CEO I’m working with. The number of people he knows and who greeted him at a recent information display convention in San Jose was very heartening for me.

SD: What is the top thing you need to accomplish in this new phase of the company?

CR: Finance and admin are thinly staffed. I have to get comfortable with a minimum amount of support and identify the positions that I need to upgrade, as well as bringing in proper software and processes for finance. Even though that’s a lot of work, it’s an advantage because you’re not inheriting someone else’s ideas for a business.

SD: Is there something that you feel you would like to tell the CFOs who read this blog?

CR: Stick together! Form groups and partnerships. Join professional organizations and become a cohesive group so that if you’re ever in a bind –finding yourself in need of a boilerplate template for a sales commission plan for staff delivered software, for example – you can pick up the phone, email or text another CFO and ask if they have ever dealt with something similar. Those kinds of professional contacts and friendships are amazingly helpful and allow you to shortcut so many of the things that you would otherwise be handling alone.

A CFO Success Story is a feature of Samuel’s CFO Blog, where Samuel Dergel follows up on his book, Guide to CFO Success, speaking with CFOs featured in CFO Moves, Samuel’s popular and comprehensive weekly report on CFO Movement across the USA.