You are here: Home / A CFO Success Story: Aidan Cullen, CFO of CliQr 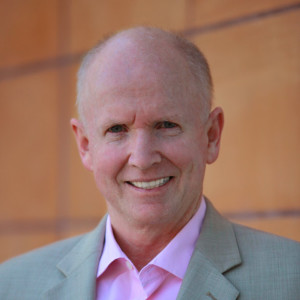 The following is from an interview with Aidan Cullen, recently hired as CFO of CliQr, as announced in CFO Moves. This interview was edited for clarity.

What has helped you become a successful CFO over the years?

I’ve always been a long term planner and thinker. I started my career in public accounting getting the fundamentals. I then went into internal audit consciously thinking about where I need to go for my success. That gave me an understanding of what’s underneath the hood of a company. From there I started to specialize in the functional roles and business partnerships, so I went to engineering and managed an engineering group worth about 120 million dollars. After that, I went into another company and managed a sales organization and was a business partner for sales services and support.

When you start to get into a specialized business like engineering, you look at all the portfolios and investments and really begin to understand how things roll in a company. Similarly, with sales you start to understand what incentivizes salespeople, what motivates them and how you get the most productivity out of them. Then you become more of a generalist and you start to move into and become more eligible for a CFO role. At that point you really have the depth to be able to go down a thousand feet and then come back up specifically when you’re dealing with the executive level management.

You went from an engineering organization to a sales organization, both of which have very different requirements and very different world views. How did you transition at an early age to those perspectives? What did you learn from that?

I suppose I was just fortunate. I got in to the engineering role and the engineering VP at that stage got promoted to the general manager of a business unit that had a value of $1.7 billion dollars. So I was fortunate to move in with the VP and become the general manager’s number one finance person – the CFO. When I moved into the sales company, I specifically moved in as the number two. They didn’t have a CFO at the time and I moved in with the COO. The main concerns they had, operationally in the company, were in getting the financials restated due to the software changes that were going on, specifically around revenue recognition. In the company that I joined, several of the competing companies had their financial statements restated. Fortunately, because of my operational background in external audits and looking at the business side of things, I was able to take that role on and I spent a good year really reengineering the sales organization – specifically from an operational perspective. So that was just a bit of fortune and I just stepped up to the role. And when you actually have a bit of experience behind you, it’s nice to have that exciting challenge.

I’ve seen that a lot of CFOs who – while they were certainly smart – were at the right place at the right time. What was it about you that helped you get to that first CFO role?

I think it’s my assertiveness. It’s a little bit of planning and being willing to step up – having the energy level to step up to the next level and perform. As you start to get in, a lot of us are very technically and operationally qualified and the next part of that is the chemistry and the synergy that you have with the executive team and also with the CEO. It’s that business partnership that makes it all gel together.

What were some challenges you faced when you and the CEO thought differently? What have you done in your career that has made that CFO/CEO relationship work?

I think there are a few you areas that I would look at. The first that comes to mind is the ability to scale a company from, say, a 20 million dollar company to a 100 million dollar company. There are certain roads and paths to take. You would first look at the financial portfolios system or the ERP system and ask: which is the best one to scale? What are the key resources that you need to have? Each time you have to make some decision it impacts the business and may impact the CEO and executive team. So they’re truly critical decisions because they have a long term impact. That’s more the long term side of it.

On the operational side, I have the skills that I need from a sales operation perspective that I can use to go underneath the sales organization and understand the key issues associated with productivity, the sales model, the pricing and so forth. Because of this, sometimes the CEO or the VP of Sales do not see eye to eye with me. Through my perspective on certain things, I can justify it from the numbers, from looking at the facts, looking at trends, building them out and being able to start to perfect models and sales projections. Because of this, I started to gain respect from my peers and especially the CEO and then I moved forward and it got better. Everything started to get better.

What can you share about the process that moved you forward to your new role?

I think the key is networking. If you build up and broaden your experience and your accomplishments and consistently perform – especially in the CFO capacity – I think that will open any door. I think that’s the key to success. In my case, I’ve worked in many companies and I’ve met a lot of VCs and board members. I consistently keep in contact with them and these doors remain opened and the friendship and partnership are there.

One of the VCs on the board here opened up the door for me and connected me with CliQr. From there it just took the normal steps to get the position. I have kept in contact with all the top financial recruiters over the years – whether I am looking for an opportunity or not. If I can touch base, even if it’s only once a year, I’ll try to keep an eye on them and say hello. We spend so much time trying to build a network and then when we get into a new job we tend to forget about that network. And it doesn’t take much to maintain these relationships.

That’s a difficult one. I don’t have any specific tool. I kind of identify it and put it in my calendar on a quarterly basis. I do like sports, though. I tend to see if I can play golf with some of the executives. I might go to an event with them. Some of the banks that I deal with invite me out. For example, one of the financial recruiters is having an event here and it’s typically at an event like that where I catch up with my peers in the industry and have a drink and socialize.

Another process that has worked for me in the past is I will meet with CFOs on a semi-annual basis.We go to lunch and without getting into numbers we discuss the business process and we go into networking. The world of finance changes an awful lot. Technology changes and business and financial market changes. It’s very important to keep a close check on what challenges other CFOs face in the market these days. I enjoy that. We spend time together sitting around the table and then we reconvene in another six months’ time. It’s a great forum for keeping pace with what’s going on in the markets.

What are you excited about joining CliQr?

CliQr represents a fundamental shift in the IT market. We’ve seen the internet bring a lot of change. It has changed almost everything. The cloud is today’s internet in my mind. It has the ability to change everything about the way business interacts with information technology. CliQr is pivotal in this change. It plays a major role. It’s a transformation from the old rigid data centers to today’s desire to logically place applications across diverse environments and include the data centers across private and public clouds all in one place. This is what CliQr does. In my mind, the market’s real, the product is very very real and we’ve got really smart investors in the company (like Google Ventures and Foundation Capital -to name a couple). My colleagues here are very smart. It’s a nice working environment. To me, these are all key ingredients to success.

What are some of your objectives to help the company along and make a bigger impact in its success?

The major one is to scale the company. CliQr is at the point where it has gone through with a Series C and financing and we’re at that stage of growth. The next stage is global expansion and building out the enterprise and the sales into the various geographic regions. Those are the major challenges and in confronting them I bring in head counts and business processes. I did the same thing at Gigamon, where I expanded and brought in a new ERP system for a manufacturing company and broadened the sales geographic regions.

Where do you hope to take this?

I think one would always love to take it to IPO. Companies are not sold now, they are bought. So the strategic intention is to build this up to a company that can go IPO. I have not brought a company to an IPO process yet. I’ve filed an F1, but I’ve never been on the other side as a public CFO.

What advice would you give people trying to build themselves up on a path to success as CFO?

You should value your network and you should always think about building and expanding on your experiences. Try to look at the end of every year and assure that you’ve added some accomplishments to your resume or background. I think it’s important to meet regularly and get a pulse check with your peers to see if you’re keeping touch with how things are working out. Specifically, your skill set versus the market. Finally, I think it’s good to follow smart money. These days we’ve got some super VCs in the Valley. They do an amazing job and when you can actually get a line through to these VCs, they truly do mitigate the risk that we have as CFOs. In looking at opportunities, these are the people you should start to follow.

A CFO Success Story is a feature of Samuel’s CFO Blog, where Samuel Dergel follows up on his book, Guide to CFO Success, speaking with CFOs featured in CFO Moves, Samuel’s popular and comprehensive weekly report on CFO Movement across the USA.