You are here: Home / A CFO Success Story: Jim Burns, CFO of Accela 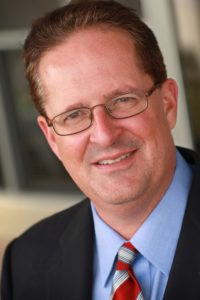 The following is from an interview with Jim Burns. Jim became CFO of Accela in June 2016. Previously, Jim served as CFO of Silver Spring Networks, as announced in CFO Moves. This interview was edited for clarity.

Samuel: Congratulations on your move to Accela. How do you feel? What are you excited about?

Jim: Well, this is a company that I had to do a fair bit of digging into, to get familiar with it, before joining. And the more I learned about it the more excited I got. They’re really in a great place, and there’s not a lot of competitors. If you think about the enterprise software space, there are so many people trying to get in, and this company has been a market leader and it’s successful. Once you get into state/local governments business, it’s about as sticky as it gets. They just don’t churn very much. It really builds a nice client base, SaaS platform from civic engagement, they’ve been broadening their portfolios through both, organic development and quite a number of acquisitions, and I think it’s just a very exciting space to be. If you look through some of the comparatives they have in the public marketplace, they traded eight nine times sales multiples, because investors just appreciate how strong and sticky this business is. So that’s very attractive. Also the management team is great and the board is great, and everyone is very engaged and focused, and that’s a big deal for me too.

Samuel: At what point in time during the interview process did you decide that this is the place for me, this is where I want to go?

Jim: My initial interview with the CEO was very good and then I got even more excited talking to Mark Jung, who’s the chairman of the company. Mark has been around quite a number of opportunities and he’s been CEO of multiple places and on multiple boards. He really validated everything I hoped the opportunity would be, and then some. So it was fairly early on that I got excited that this might be a great thing.

Samuel: You’re in, and you’re trying to figure your way around this new organization. What do you see are the challenges ahead of you?

Jim: I think the markets are growing great, the company has been through a lot of change recently with quite a number of acquisitions. And that’s heavy lifting and the company is working through it. They made nine acquisitions over just a few years. So really making sure that we integrate that well and deliver on the promise, that we get them making great progress shifting from more license based models to cloud based and recurring SaaS based models. And that’s a wonderful thing to do when you’re private versus public. So just continuing the post that mix shift and in trying to get the EBIT margins where they can be for a company of this size.

Samuel: You’ve come from HP, the technology company that it was and still is a very large and successful business. And you’ve made a transition in both your previous opportunity and this opportunity to a much more entrepreneurial, high growth situation. Tell me about that. How was the experience, what have you learned?

Jim: That is a very interesting question. The HP that I left was very different than the HP that I joined back in the late 80s. Hewlett and Packard had set the company up and the very engineering culture to go after growth opportunities. They then realized that the real brilliant engineers did not want to work amongst thousands of other engineers, so they set the company up as a bunch of small to mid-size businesses that had all the resources they needed to either succeed or fail. Most businesses I worked with were anywhere between four to six hundred people-sized businesses. The HP I left had consolidated so much. The division I was in had a hundred and thirty thousand people. So when I went to Silver Spring it was kind of like going back to my original HP route. It was seven hundred people, 300 million dollars in revenue. And Accela is very much in the same boat. Honestly, I enjoyed the earlier days in HP better than the late days in HP, even though I had a much more senior level of responsibility. It’s the difference between flying, with a dashboard in the cockpit versus being able to see through like a crop duster and see through the windshield and know everything that’s going on. It’s just because of the scale of it. Most of the old tech companies are having a difficult time growing right now because there’s been such a shift to cloud, and to analytics, and to SaaS. And new companies, like Accela, the ones that are starting the kind of legacy free, are the ones where all the growth is coming from. And a being part of that growth story is very exciting.

Samuel: Now that you’re in the growth game, with nimble companies that are very different than the HP that you left. What preconceived notions fell by the wayside once you’ve made it into Silver Spring?

Jim: Honestly, there was a lot that I was able to bring from a process maturity standpoint from HP that Silver Spring needed to grow to. Companies go through different transitions. They go through a starter phase and then they go to a scaling phase and then they go to a more mature optimization phases. And then, unfortunately some of them start to go in decline after that. When I joined Silver Spring, it has just gone IPO six months before, so it kind of had a successful chapter one but it was really struggling with the growing pains of the company. And a lot of the entrepreneurial types that are drawn to startups really shun structure. They don’t want structure. And yet the lack of process and structure was really bootstrapping the company. So I think I came in at a good time when the company needed to put some more process and more discipline and some more rigor in terms of how the portfolio was planned and reviewed. How the businesses were run. Kind of getting the businesses do more of a sinus rhythm so that you could run more collaboratively cross functionally, etc. I consider myself a good chapter 2 guy, and I think Accela is in the same boat now. They’ve made a great name for themselves and now it’s just all about continuing to scale larger and do acquisitions and integrate them effectively and operate in multiple geographies and countries. It’s just a different way of working, but it’s what I like doing, it’s what attracted me to Silver Spring and what attracted me to Accela now.

Samuel: Now that you’re CFO and you’re on your way to another success, what advice do you have for those that are aiming to move into that senior role over the next coming year?

Jim: I think that getting as broad level of business and operational experience as you can. I spent nine years outside the finance function. In HP I was general manager of a couple of businesses. I ran multiple different operational supply chains and services and support and sales operations. You just get a totally different perspective looking through the lens of somebody in the business versus somebody in finance. I’m seeing more and more CFOs these days that didn’t necessarily cut their teeth and come up through the public accounting ranks. They’ve had a broader blend of operations. I think the CEO increasingly wants to be able to spend their time externally making a name for the company with customers and wants a CFO that can really make sure that everything, not just the numbers come together, but that the business is operationally being optimized continuously too.

Samuel:  What do you feel has made you successful?

Jim: I think the combination of getting the mentors through my career that not only helped and coached me, but took chances on me to do jobs that I had never done before. Because I had kind of shown a track record before. I always believe your job isn’t just to run it, your job is to make it substantially better when you left the role versus when you started it. I took a lot of jobs where people told me to stay away, people who take those jobs get fired, kind of high complexity jobs, and those ended up being some of my more rewarding roles. Because when you go into something you really can make a name for yourself, it’s demonstratively better when you leave the role versus when you join the role. As long as the right elements are there for the role, there’s any number of roles. I sort of shy away from things where everything is working perfectly when you go into it because there really is no other way but down. This job at Accela has got all the things I want – relative to having a good fast growing market and good leadership position. But also a number of things internally that can use my experience and help to allow them to reach their goals a little quicker.

A CFO Success Story is a feature of Samuel’s CFO Blog, where Samuel Dergel follows up on his book, Guide to CFO Success, speaking with CFOs featured in CFO Moves and CFO Moves Canada, Samuel’s popular and comprehensive weekly report on CFO Movement across the USA and Canada.